Captain Tsubasa,or as he was known in Latin America: Super Campeones or in Spain as Oliver and Benji, is an animated series that tells us the life of Tsubasa  Ozora and his friends around his passion for football. How this group of Japanese children follow the path of football to work life. One of the most beloved and widespread series in the world of sport, it has inspired world elite players and thousands of children today.

As it could not be otherwise, the franchise has also landed in the world of video games, Captain Tsubasa  Dream  Team is the official game of the series, a kind of RPG with football game that will be the delight of anime and football fans in general, as well as those who enjoy sports titles with some touches of role and luck.

Dream Team  is a character collection and progress game. Of course, it is also part of the football genre, it has the mechanics of it, but on very different levelsreseming it to the series. So much of the game will be managed by managing players so that they can perform in the best way on the playing field, where their ability will be determined by the level of character as well as their attributes.

Oliver and Benji the game

Within the game you can perform the different special techniques of each player, very powerful shots, impossible curves, incredible tackles, all with their respective animations, which make us feel that we are inside the animation series, being we who carry the script.

Graphically the game is impeccable, from the menu that carries a very Japanese style in its advertisements such as its presentation, a very striking color palette, to the modeling of all the characters. Every detail of the players in the series is very well achieved, even characters who did not have much presence or appearances. Tsubasa,  Misugi,  Wakashimazu,  Hyuga,amongothers.

The game in its local content has many game modes, ranging from recreating matches from the history of the series to seasonal events according to events in the world of football. It has an online mode where you can play with people from all over the world, follow a competitive mode and advance in the rankings.

Now, given the good news, it’s wise to say that much of the development and progress is going into getting the best players we can and these follow the system to get random, or as it’s known there”gatcha”. The game is supported by micro coin payments that allow us to buy over that include players with different features that will help us in advancing the story as you play against other people. Captain  Tsubasa  Dream  Team is available for free. 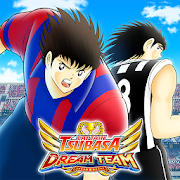