For any South Park fan, you can now download the official game for your Android phone. Enjoy the irreverent TV series on your phone.

The popular and irreverent TV series that has been with us for so many years, South Park, already has one more game to add to its collection. South Park: Phone  Destroyer is an excellent delivery for all fans of the TV series and the franchise in general.

South Park: Phone  Destroyer is a strategy and card game. That is, the game system is based on collecting cards and putting to fight the characters that they contain through different levels and other game modes. It reminds a lot of other games like Clash  Royale and a bit of Saint Seiya, but without the tactical complexity. It is a system already widespread today so it is very easy to get used to lovers of the role genre.

But what makes South Park Phone  Destroyer special, above other good features, is the use of characters. Every moment of the game tries to be as irreverent and fun as possible, which ensures us good hours of fun so we can’t win. The graphics are similar to those of the series and the animation goes the same way. It’s not uncommon to feel that we see a kind of episode full of references to pop culture, current society and more topics that they usually explore. At the same time we are trying to advance in the history of the game.

How to play South Park on Android?

It seeks to keep a fun story and achieves it, but also includes several game modes for those who are most interested in the competitive part. It has a very interesting player-versus-player mode, where we have to test our collection of characters and face them against other players in real time. Of course, you can control Cartman,Kenny, Stan, Kyle, among others. In addition to the ones we take out with the character envelopes. Everyone can take a role within our team, ranging from wizards to cyborgs.

The game brings us weekly challenges, online leaderboards, strategy development, many character costumes and 110 unique cards that we can collect. It’s a role-playing RPG, a lot of strategy, but above all a lot of humor.

It’s not taken too seriously, so to have some lacing games is pretty good. It’s free for Android phones on the Google Play Store, includes purchase of envelopes that aren’t mandatory, but help you get more characters faster. 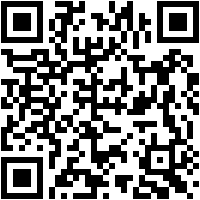 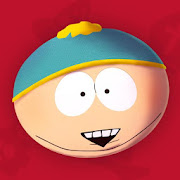